Since 1996 CESS has been forefront in the valuation, marketing, sale and sourcing of Gas Turbine equipment, the following is a summary of projects from the CESS Gas Turbine history. This summary does not include any past or current projects which are protected by confidentiality agreement.

The first major success in the gas turbine market was during 1995, when CESS was successful in the sale of 2 x 34MW LM5000 gas turbine generator sets into Tanzania on behalf of Stewart & Stevenson.

CESS was contracted by AECI Operations Services (Pty) Ltd. of South Africa to provide options for a 60 MW gas turbine Cogen plant and deliver training to AECI on Cogen design.

In June 1998 CESS was contracted by Sabah Shipyards to perform a market valuation report on their 5 power barges (totalling 420 MW) which they have available as a result of various cancelled IPP projects.

In July 1998 CESS was directly responsible for the sale of 4 x GE LM5000 gas turbines from Tenaga Nasional Berhad (TNB) in Malaysia.

In May 1999, CESS travelled to Afghanistan to inspect various gas turbines at the gas fields of Shebargan, near Mazar I Sharif. CESS also submitted various equipment options for installation at this and other sites within Afghanistan.

In October 1999 CESS was contracted by PT GE Finance in Indonesia to perform the valuation and marketing of two 4 MW Solar Centaur 50-5901 gas turbine generator sets. These units were then successfully sold by CESS to Petronas in Malaysia in May 2000.

In November 1999, CESS was awarded a contract by Maritrans Shipping (USA) to perform a market evaluation of their two GE Frame 3 and two Ruston TD4000 gas turbine generator sets in their tankers.

In July 2000, CESS secured an exclusive marketing and valuation contract with Simsekler Ship Repair in Turkey for the evaluation and marketing of 2 x Fiat TG16 (W191) Gas turbine generators. These were subsequently sold for spare parts into USA.

CESS was also involved in the inspection and valuation of a GE Frame 5 gas turbine in Finland for Tampere Power.

In November 2000, CESS was again commissioned by Rolls Royce Capital Ltd to prepare a Market / Asset Valuation Report on all stock aero-derivative gas turbines (Avons, RB211’s, Trents, & 501’s). CESS was also at this time involved in the inspection and valuation of a Centrax/Allison 571 Cogen plant for Heinz foods in London.

CESS was also contracted to Contact Energy in New Zealand to carry out an inspection and appraisal of their Pratt & Whitney FT4 Twin-Pac units.

During February 2001, CESS was awarded a contract by Merlin Production Inc of Houston to prepare a detailed study of the World’s Power Barge Market. This study was completed in March and involved the preparation of a database listing all the World’s power barges.

CESS was also contracted to Jacobsen-Elektro A/S in Norway to carry out the site inspection at Hazira in India of an unused GE Frame 6B unit.

In June 2001 CESS was appointed by Arthur Andersen to perform inspections and market valuation report on the Victoria 8 Power Barge (48 MW, W251 in Kenya).

In June 2001 CESS was also appointed by Arthur Andersen to perform inspection and market valuation report on the Victoria One (115 MW, W501D5 Gas Turbine power barge in Dominican Republic).

CESS’s site activities in 2002 extended in valuation & appraisal work, with detailed technical due diligence being completed on a 300 MW CCGT plant in China.

CESS also carried out site inspection & appraisals on 2 x W501D5A units in the US and valuation of a 6.5 MW Solar Mars gas turbine in Nigeria.

In 2002, CESS secured a contract with Rolls Royce Power Ventures for the exclusive marketing and valuation of one unused GE Frame 6FA gas turbine in UK and in May 2003 this unit was sold to Lanco Group/Aban Power in India. 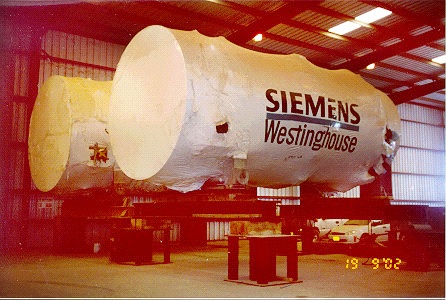 During May 2003 CESS was again contracted to carry out inspection and valuation reports on the Power Barges, Victoria 5 (96MW, 2 x W251B11) and Victoria 7 (70MW CCGT) for Ernst And Young Malaysia and awarded the project management on the Victoria 8 Power Barge in Kenya.

In March 2003 CESS was contracted to Assam State Electricity board to inspect and appraise 7 x Ruston TB5000 trailer units in India.

In May 2003 CESS was asked to provide inspection and valuation of a GE Frame 9FA Rotor on behalf of Miller International (Loss Adjusters) in UK. 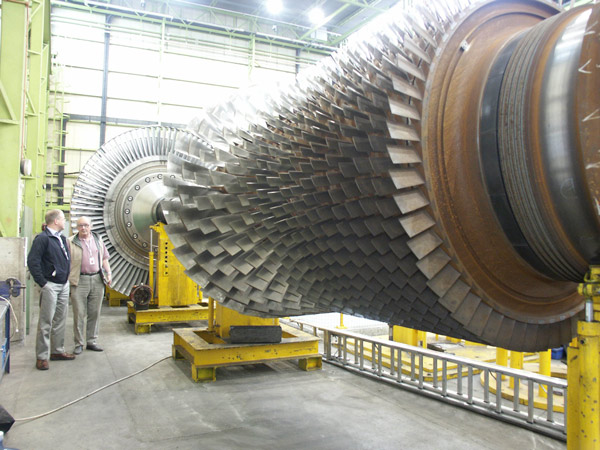 NOTE: The 9FA bearings were also then issued to CESS for storage and Marketing GE then ran out of stock and bought them for Tri Energy in Thailand in Dec 2005.

In July 2003, CESS secured a contract with Fife Power (in Administration) for the valuation and exclusive marketing of a 124 MW, low hours, GE Frame 6FA CCGT Power Plant at Cardenden in UK. - This plant was sold to Scottish & Southern Energy plc in Feb 2004 for £ 12.3 Million. 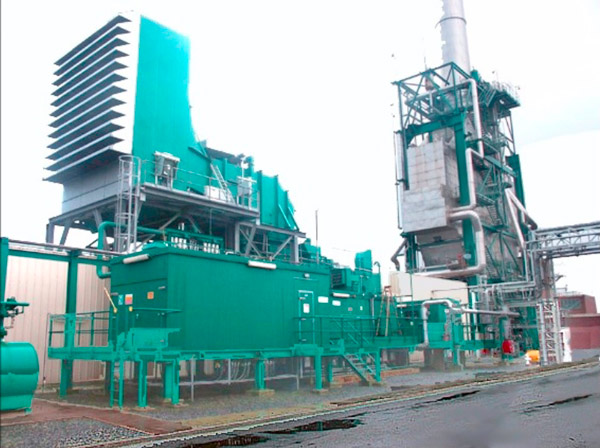 In February 2004 CESS was also successful in the sourcing of a GE Frame 5N gas turbine in Malaysia for PDI (UAE). 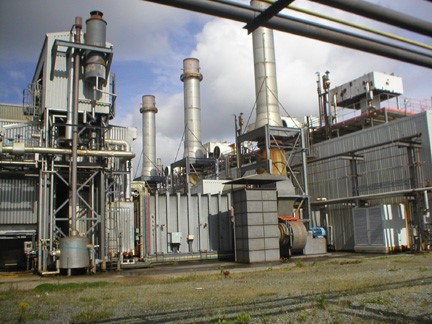 CESS was also then appointed to handle the marketing of an unused 500 MW CCGT plant (2 on 1 MHI 501F Gas Turbines) for UTE Paracambi Ltda in Brazil.

In October 2004 CESS was asked to carry out an updated inspection and valuation on Victoria One power barge in Dominican Republic for a leading financial institution. 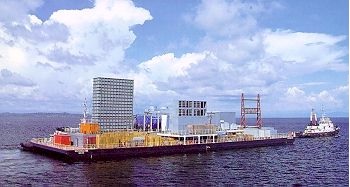 During Nov 2004, CESS have been involved in the valuation of another 5 gas turbines from cancelled projects and a zero-houred Frame 5N for Bahrain Electricity Supply & Transmission BEST).

CESS was also commissioned in May 2005 by Pacifico in Malaysia to inspect and appraise the Victoria 8 power barge (48 MW) in Kenya.

In June 2005, CESS the sale of two Solar Centaur units from Turboshell to GENR in Florida, and completed the valuation and marketing of an unused GE Frame 9E generator rotor.

In Sept 2005 CESS secured the sale of another unused GE Frame 6FA gas turbine to EGSA for Bolivia.

In Nov 2005 CESS was awarded a Valuation and exclusive marketing Agreement on 3 x 501F gas turbines in Tennessee. These 3 units were acquired by Tennessee Valley Authority (TVA) in Nov 2006.

In April 2006 CESS succeeded in the sale of five used Solar Centaur units to GENR in Dubai.

Throughout early 2006 Mike Craigie also acted as an ‘Expert Witness’ on behalf of GE in their case with RMS on the supply of two overhauled Rolls Royce “Avon” Gas Turbines which were shipped from Greece to Iraq.

In September CESS was contracted by China Light & Power (CLP) to carry out an appraisal of their 2 x 86 MW ABB GT13D gas turbines in Hong Kong.

In February 2007, CESS carried out an inspection and appraisal of two Typhoon gas turbines in UK and will market these on behalf of the owner.

In March 2007 CESS was asked to appraise the resale value of 4 x 125 MW Fiat TG50 (Westinghouse 701D5) gas turbines from Italy for Standard Bank (RSA) and completed a desktop study of a Pratt & Whitney FT8 and Allison 571KB7 unit. 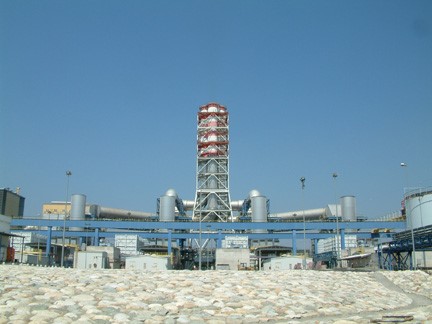 In August 2007, CESS carried out a technical Due Diligence and Appraisal on 100 MW CCGT plant in the USA for Morgan Stanley.

In November 2007, CESS was involved in the inspection, valuation and sale of 3 x Frame 5 gas turbines in China and these were subsequently bought by PT Sulzer Hickham in Indonesia.

In Dec 2007, CESS was involved in testing and due diligence of a 60 MVA Brush alternator for Rolls Royce Trent 60 Hz for Industry & Energy Associates LLC in USA.

In March 2008, CESS competed valuation on 3 x Fiat Gas Turbines in Serbia, and in April CESS completed technical due diligence and carried out detailed borescope inspection on GE Frame 6B CCGT for Kaltimex (Bangladesh).

CESS was also contracted to carry out inspection and valuation on 11 x 3.8 MW Trailer-mounted TB5000 gas turbines in Dubai.

In December 2008 CESS was contracted to owners to inspect and appraise the 10.5 MW Arbre Biomass CCGT Power Plant.

In September 2009 CESS inspected and valued 4 x W701D5 (125 MW) Gas Turbines (which have been zero-houred) for Standard Bank of South Africa.

In March 2010 CESS was contracted to appraise and market a GE LM1600 CHP Gas Turbine Power Plant at Heathrow for Thames Power (EDF/Atco).

In May 2010 CESS arranged inspection of a 60 Hz Solar Centaur gas turbine with Perenco (Cameroon).

In Jan 2011 CESS was again asked to undertake an e-Valuation on 3 x Pratt & Whitney FT8 units and in April 2011 CESS was invited by Contact Energy to complete a market valuation with an idea of future values in 4 years’ time. 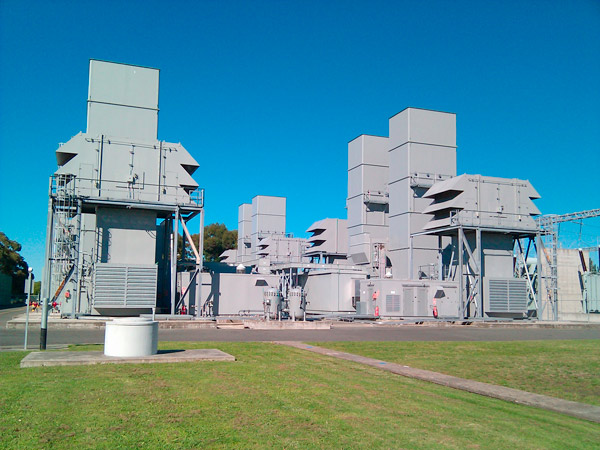 In August 2011, CESS inspected and appraised a 40MW GE Frame 6B gas turbine in Scandinavia. In Sept 2011, CESS witnessed test run on an ABB GT13E unit in partial repowering application in the Netherlands.

In Nov 2011, CESS again appraised the Siemens/Westinghouse/Fiat TG 50 units for Bright Day Pte Ltd in Singapore and inspected and valued a Solar Taurus unit in Malaysia for Malaysian Mosaics Bhd.

In Oct 2012 CESS was instrumental in the sale of 2 x Westinghouse 701 Gas turbines from Italy to Iris Eco Power Sdn Bhd (“Iris”) a Malaysian power development company, for US$31 million.

In Dec 2012 CESS was contracted to inspect and appraise two Siemens V94.2 Gas Turbines in Singapore for Senoko Power. 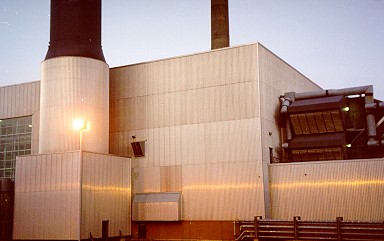 CESS was also contracted to Centrica on the inspection and appraisal of the gas turbines at Roosecote, Glanford Brigg, and Peterborough.

In 2015 CESS supported an existing client on the valuation of an MHI701DA, one Rolls Royce Trent + 4 X FT8 Twin Pac units.

In Sept 2015, CESS inspected and appraised a 2 on 1 GE Frame 6C CCGT plant in Izmir, Turkey and an RB211 CCGT plant in Ankara, Turkey.

in March 2016 CESS inspected a Solar Titan 130 CHP in Indonesia. 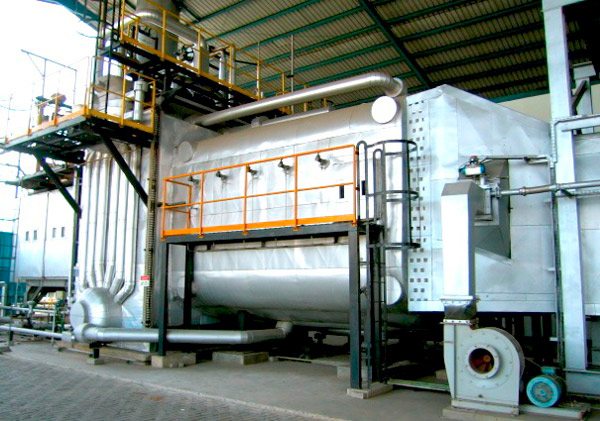